As a spray equipment expert, I am want to help people get the most out of their spray equipment. Maintenance it extremely important, even with top notch products like Birchmeier sprayers, regular maintenance is needed.

Here we are discussing the importance of greasing the Birchmeier sprayer. 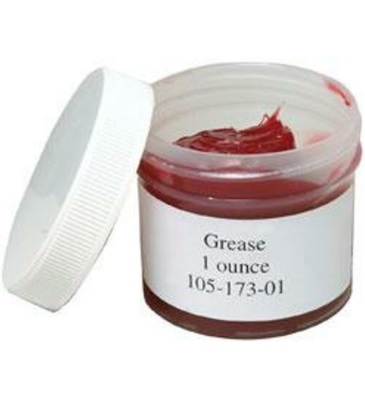 "Like a well oiled machine" is a common idiom used often to describe how something is working. Here at QSpray we highly recommend Birchmeier Backpack sprayers and to keep them maintained and working properly, you literally need to keep it well oiled. It's important that the pump always have grease.

For heavy users we recommend turning the grease piston every week to keep grease on the pump. When the screw is all the way in, you need more grease. We sell the Birchmeier Grease at QSpray.com, simply glob some into the area and screw back in the piston. We sell this and many other Birchmeier Backpack sprayer accessories at QSpray.com, visit us today.

Ensure the long life and great productivity of your Birchmeier backpack sprayer by applying grease to it on a regular basis.

This grease cap covers the grease reservoir. How often you grease your Birchmeier depends on how much you use your pest control backpack sprayer. Watch the full video for details on how to apply the grease properly. Then, make sure you buy authentic Birchmeier grease. You can buy it from QSpray at www.qspray.com

We have seen several backpacks that were still in the warranty period, but where the metal frame had snapped at the tab that attaches the frame to the backpack. Birchmeier has refused to warranty these issues, stating that the units were inadequately lubricated.

Birchmeier Backpacks - This Tip Will Make You Money

Birchmeier backpack sprayers are a great tool for pest and landscape professionals if used and maintained properly.

Birchmeier is one of the most respected names in the pest control equipment industry. Birchmeier backpack sprayers make up some of the best manual equipment on the market, and they are designed for years of reliable operation with regular maintenance. Qspray.com is proud to carry Birchmeier pest control products.