You may have seen this bright yellow weed in Phoenix and surrounding areas.  Quality Equipment & Spray is getting numerous calls from customers in Arizona wanting to eliminate this pervasive weed.

The actual name is Globe Camomile.  It is commonly called Stinknet because of a strong unpleasant odor. 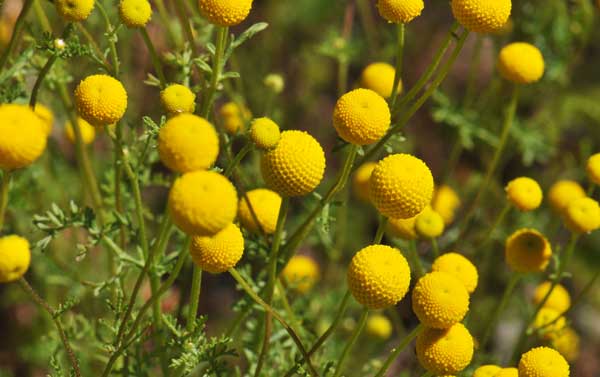 This is a non-native, invasive species that is spreading rapidly through Phoenix and Arizona.

Stinknet or Globe Chamomile is an introduced species found in central Arizona and southeast California. It was brought to Phoenix as a cultured desert habitat specimen. It is a fast moving invasive in Arizona quickly moving through the greater Phoenix area. At this time it is not listed as an invasive or noxious weed by Arizona or the federal government.

Because it reproduces rapidly, if you see it, it is important to get it under control quickly.

Recorded Range: Central Arizona and moving to the north and south. In California in the Los Angeles area with confirmed records south of San Diego. This species was first recorded as an invasive in California.