The late 2015 Zika virus outbreak in Latin America has fueled a vigorous public health debate in the US concerning the virus’ threat. Since many pathologists and researchers are just learning more about the virus as it spreads, there is relatively little information on its carriers, and there are no current vaccines. With the summer season rapidly approaching, concerns are mounting about the swelling of mosquito populations that transmit the disease. The virus spread very quickly through tropical countries where mosquitoes thrive, and where mosquito pest control poses a problem due to lack of resources and funding. To contribute to the debate, US pest control suppliers are looking at how they can help the Zika virus from spreading in the United States. In this article, we’ll go over what that might look like. 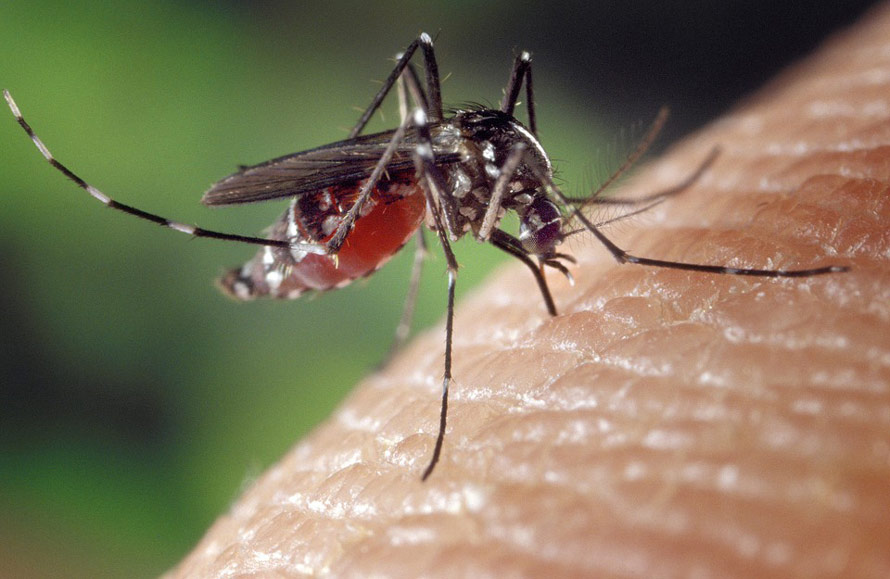 The effects of  the virus have been observed most extensively in Latin America, which saw a particularly disastrous outbreak in 2015. Prior to the Zika virus’ most recent outbreak in South America, Zika was found in much smaller instances in Southeast Asia, numerous Pacific Islands, and in Uganda, where the first human infections occurred in 1952.

Until recently, the Zika virus has been relatively non-lethal in a majority of the cases, with symptoms ranging from fever, rashes, conjunctivitis, muscle and joint pain, to mere headaches, and red eyes. In some cases, Guillain-Barré syndrome has been found with infections. Guillain-Barré, an immune system disorder characterized by the nervous system attacking the immune system, has been cited as a rare cause of paralysis and death among people infected.

While the immediate symptoms and risk for neurological disorders pose problems, the primary issues the Zika virus poses are its devastating long term effects, specifically for children born to women infected during their pregnancies. Children born to infected women are at a higher risk for developing microcephaly, a serious birth defect that affects infant brain development and head size. Lifelong symptoms of microcephaly can manifest as epilepsy, cerebral palsy, various learning disabilities, hearing loss, and vision problems. In many cases, the child’s head will simply stop growing and remain in an emaciated state. Needless to say, this poses a profound hardship for future generations born from infected mothers.

The disease is quickly spread through the Aedes aegypti and Aedes albopictus mosquito populations, and can also be sexually transmitted once a host is infected. Unfortunately, professional mosquito pest control has been relatively lax in Latin America, due to lack of resources in funding, and the spread of carrier mosquito populations has correlated with the spread of the Zika virus. This reality has prompted US pest control suppliers to evaluate their own capabilities for combating the virus.

There is currently no vaccine available for the virus, though those who are infected should be able to recover by getting rest, drinking fluids, and treating any minor pain and fever symptoms with regular medication. Of course the virus is much more dangerous for children, the elderly, the sick, and pregnant women, who should take extra steps to avoid infection, which we will detail further below.

Zika in the US

The only confirmed cases of the Zika virus in US territory have been found in Puerto Rico, the US Virgin Islands, and American Somoa. Within the continental United States, the only confirmed cases have been from travelers returning from infected areas. Not much is known about the relation of the Aedes aegypti and Aedes albopictus mosquito to the Zika virus in the continental United States, though these populations are more likely to spread the disease. What is known is that these species have been found everywhere from the Northeastern United States to the West Coast, though they are more concentrated in the warmer, moist Southern states. Areas in warmer or more tropical climates including Puerto Rico, the US Virgin Islands, along with Hawaii, Florida, and Texas are especially vulnerable to Zika outbreaks as these places have been numerous infections of chikungunya and dengue, viruses related to Zika.

For a true outbreak scenario to happen, an infected person would have to enter the continental United States prior to being bitten. If the carrier mosquito is able to live long enough for the virus to multiply while biting other people, an outbreak could very well emerge after several cycles of this pattern.

The Role of Mosquito Pest Control

In terms of mosquito pest control, the Zika virus poses a complicated problem. The  CDC has not yet been able to predict whether the Zika virus is going to spread in the continental United States. To complicate things not much is known about methods for properly controlling the carriers that spread the Zika virus since the Aedes aegypti and Aedes albopictus mosquitoes do not behave like normal mosquito populations. Contrary to popular beliefs about mosquitoes living exclusively in the woods, these particular mosquitoes are often found in urban areas and inside houses.

Authorities aren’t sure which specific cities, counties, and states can expect an outbreak, as many mosquitoes’ habitats still need to be mapped. Further, previously effective mosquito control measures, such as aerial spraying from trucks, have been less effective at combating the Aedes aegypti and Aedes albopictus, since these mosquitoes tend to remain hidden indoors where they are better protected from aerial pesticides.

However, This is a challenge that isn’t beyond the expertise of pest control suppliers’ and trusted professionals. Hand-held sprayers and pumps are much more effective at combating local mosquito populations, especially if they are used by skilled mosquito pest control professionals going house to house and eliminating any adult mosquitoes and mosquito breeding sites they find. It is also important for professionals and residents to remove any standing water they come across to eliminate potential mosquito breeding sites.

Standing water can be found in buckets, trash cans, pots, and other containers that are often overlooked. Breeding sites can also be found in used tires, roof gutters, and flower pots, so leave no stone unturned. Standing water sites can also accumulate rather quickly after heavy rains, so extra vigilance is recommended to pre-emptively eliminate opportunities for infestation.

On a personal level, there are several things that can be done to increase resistance to mosquito populations. Mosquito repellents are a great idea, and should contain ingredients such as DEET, IR3535, or icaridin. You can also wear lightly colored clothes that cover as much of the body as possible, such as long-sleeved shirts and pants, to deter mosquitoes. Houses should contain entry barriers such as window screens and consistently closed doors. If you live in an area prone to mosquitoes, consider sleeping underneath a mosquito net.

As mentioned, mosquitoes breed and flourish in warm and moist areas. If you keep your home dry and cool, you can maintain an environment that makes it more difficult for mosquitoes to persist. A home with closed windows, doors, and a working air conditioner should be able to accomplish this.

Professional mosquito pest control comes highly recommended as a primary measure for reducing mosquito populations, and lowering risks of infection. Communities can build up a resistance to mosquito infestation by eliminating standing water sites and vowing to take steps towards bite prevention, but this won’t ultimately prevent large scale infestations, which can increase the risks of outbreak by increasing the density and frequency of bite occurrence, allowing the virus to flourish. Only a concerted effort by pest control professionals can properly reduce a population of carrier mosquitoes.

There are plenty of tactics for lowering one’s personal risks of mosquito bite and infection as listed above, but only a skilled professional can properly use the modern pest control equipment and chemicals required to safely and effectively reduce troublesome mosquito populations. This is where pest control suppliers can enter the conversation with their contributions to a country-wide solution.

As mentioned above, effective tactics for combating mosquito populations include intensive manual labor with pest control professionals traveling house to house on foot while eliminating breeding sites and spraying infested areas. Fortunately, modern pest control equipment and supplies are well-advanced to the point of making these tactics feasible.

Modern equipment includes manual backpack sprayers, bulb dusters, electric powered sprayers and foggers and other tools which can be carried by individuals with ease. Reliable pest control equipment allows for high capacities, productivity, and efficiency in combating mosquito populations within a household or neighborhood. Bee suits are also a viable addition, as they can protect professionals from bites.

Pest control suppliers also carry a wide variety of effective  chemicals for mosquito pest control applications. This makes it easier to locate the right chemicals for the job and stock up for concerted spraying efforts. 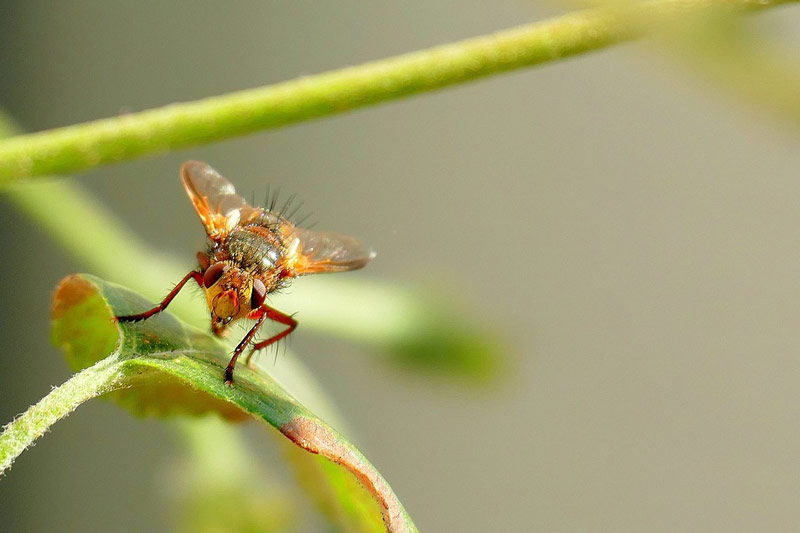 It is important to maintain equipment for maximum reliability and productivity, as broken or dysfunctional equipment can lead to downtime and repairs, which can provide ample time for mosquito populations to continue to expand. With professionals keeping up on the most current pest control equipment and mosquito-fighting techniques, they can assist communities in making their houses and neighborhoods a safe haven from carrier mosquito populations.

The effects of the Zika virus have been devastating in Latin America. However global efforts at better understanding and mapping this virus have been well underway, and communities everywhere are putting in the effort to combat mosquito populations that may spread the virus. Zika infections are on the decline, with only been 701 cases reported in US territories, with 698 of these cases locally acquired, and 3 cases which are travel associated.

There have been 503 cases found in the continental United States, all of which are travel related. Since there is no evidence of a full-fledged outbreak in the United States yet, there is still ample time for authorities and mosquito pest control professionals to work together to better understand and stop dangerous mosquito populations.

In the United States, there are ample resources for controlling mosquito populations, with pest control businesses on hand to provide the best resources available on the market to help curb the threat of infection. As such, the CDC has been working with international health partners, as well as state and local governments to prepare for potential cases.

Pest control suppliers are working hard to supply professionals with cutting edge equipment, chemicals, and components required to safely and efficiently eliminate dangerous mosquito infestations. As professionals accumulate pest control successes in the field, it will become easier to combat infestations with preferred methods and equipment.