Pest control technician brought his Birchmeier Backpack Sprayer in for service. The steel pumping handle had snapped off. He said the Birchmeier Sprayers was only a few months old and asked if the pump handled was under warranty.

Birchmeier backpacks have a great 2-year warranty, but this situation was not covered. A quick check of the backpack, revealed the problem. The tech had not been greasing his backpack. The Birchmeier has a grease reservoir and a half turn of the grease piston applies grease to the pump mechanism. 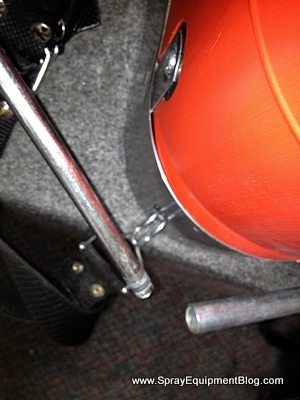 Becausing he had not been applying grease, and because he was forcing the pump handle, he snapped it off. This problem, and the associated downtime and repair expense), could have been easily avoided had the technician properly cared for his equipment.

Often when techs don't grease their Birchmeiers the stainless steel frame snaps where it attaches to the plastic tank.

For more on this subject please see our Birchmeier Maintenance Videos.