Birchmeier backpacks are great pieces of equipment, but a little attention is required.  I'd like to share a story about an abused backpack.

Within a week he was calling telling us there was a problem with his backpack.   It was too hard to pump up and wasn't spraying very well.

We tried helping him trouble shoot it over the phone.  He called back the next week.  He was still having problems and he was pissed off that we had sold him a piece of junk.  We told him  Birchmeier makes a great product and to bring it in.  He was too busy to bring it in.

A couple of weeks later he finally brought the  BIrchmeier Iris in for us to review.  We spent time checking all the usual suspects: filters, check valve, etc.  Finally we found the problem (photo): 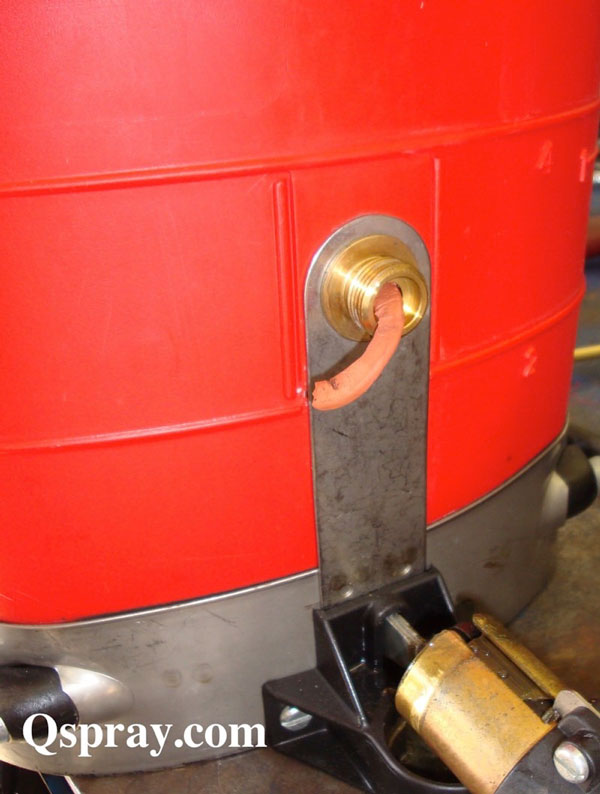 The garden hose washer from his hose and fallen into the  Birchmeier Backpack tank.  When he first had a problem, it was probably stuck in the suction line inside the tank.  After repeated pumping, the washer was forced all the way through the "L" shaped pickup tube and about to enter the pump.

The filter in the Birchmeier tank lid is there for a reason, don't remove it.

If you think you have a problem, don't keep pumping, fix it.

If you think you don't have time to get it fixed, you are wrong.  It will get worse and take longer to fix. This is like the old adage, if you are in a hole, quit digging.

Don't blame someone else for your problems & errors.