Equipment/Qspray has the government contract for truck mounted mosquito foggers for a large government agency in Arizona.

Here are some photos of these mosquito foggers after we have mounted them in the government vehicles. 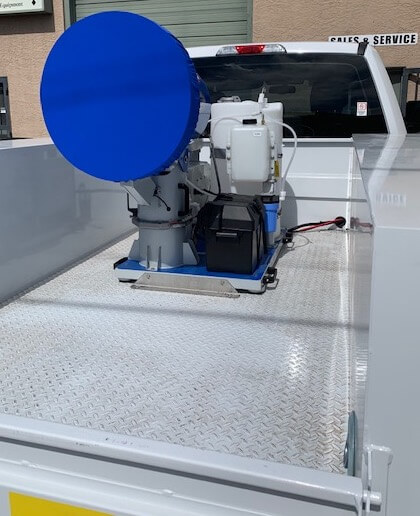 These are primarily Curtis Dyna Fog Mosquito Foggers.  This is our recommended brand of mosquito foggers.

Qspray stocks Curtis Dyna Fog handheld foggers.  We can get you parts for any CDF Fogger as well as order you truck mount mosquito foggers. 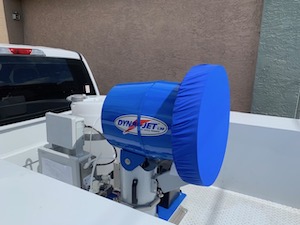 We also do service and repairs on a wide variety of truck-mount and handheld mosquito foggers.One of the things that always amazes me about so much of this equipment is material selection.

A truck mount mosquito fogger can easily be $5000+ dollars.  Yet on so many of them we see crazy stuff like this.

The filter on the fogger below is designed to be easily accessible so the technician can easily check and clean the filter.  This makes a lot of sense.

What doesn't make sense is the crappy plastic fittings and tubing used.  This material will not hold up in the elements.  When you combine that with the torque that will be put on the fitting and tubing when the technician checks the filter, there is about a 99.99% chance this cheap stuff will break and the equipment will be out of commission until repairs are performed. 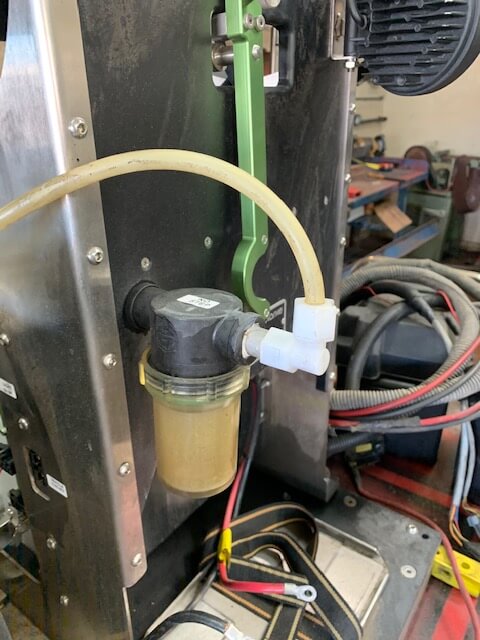 Here is a perfect example: 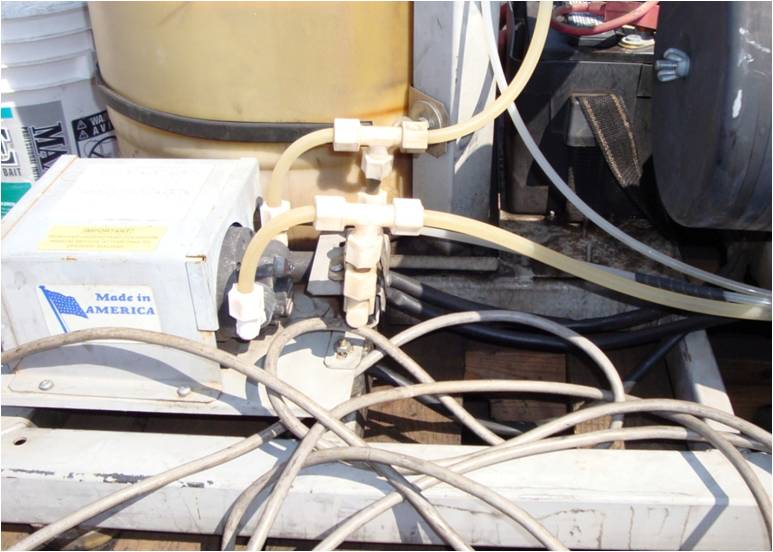 This fogger was brought in a while back.  The technician asked us to replace one of the plastic fittings, which had cracked.  We suggested to the tech, that since all the fittings were the same material, same age, same number of use hours, that all the fittings should be replaced.  He replied he was too busy.

A few days later, he came back and asked us to replace another cracked fitting.  We gave him the same speech.  He again ignored our advice.

A week later he called and made an appointment to replace all the fittings.  His company spent a lot of time and money having him drive across town a few times to change one fitting.   They would have been much better off, changing all the fittings, BEFORE mosquito season and saving all that expensive down time.